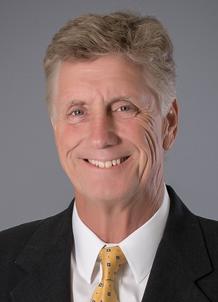 Bob Watson is one of America's leading "angel funding" experts. He has served on 34 start up boards, public and private. He designed and implemented the low cost angel funding offerings that enabled those companies to raise more than $61 million in seed capital and growth capital. Bob has created and managed more than 40 Regulation D private placement offerings and has negotiated investment from more than 300 angel investors. He has enabled his various clients to raise millions in angel funding, with corporate structures, capital structures, and offering structures that attracted investors, while keeping the founders in control of their companies and in compliance with SEC regulations.

Bob graduated from Columbia University in New York City and has been CEO of four companies. His early career included management positions with Procter & Gamble in New York and J. Walter Thompson Advertising Agency in Chicago. He has been CEO of Watson Strategic (under various company names) for more than 30 years and, during that time, he has also served as Director, Chairman, CEO, and Consultant at dozens of client companies, including three years as Chief Strategy Officer for CLB Associates, one of the leading, boutique Silicon Valley strategic advisory and investment banking firms in the late 1990's and early 2000's.

Bob has decades of experience in creating successful offerings and in developing and executing complex strategic maneuvers that create cash and increase shareholder value. He is proud of the fact that, after more than two decades of professional service, many of his long time clients still declare, "Better call Bob!" when they're faced with funding challenges and other strategic issues.  ​